Strategy:   To provide investment for high quality developments that will generate a reasonable return on sustainable projects.

Outcome: The business has focused on the redevelopment of underused or derelict sites with new uses to bring them back into making a positive and beneficial contribution to the urban landscape. These new uses have mainly involved residential and commercial schemes, both refurbishment and redevelopment, with a focus on high quality finished projects. 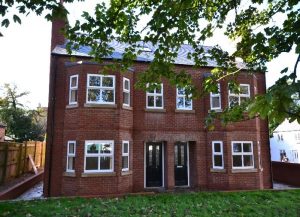 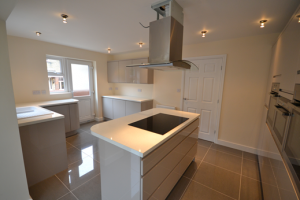 Project Description: The site consisted of a two storey end of terrace building that had been used as office accommodation on the ground floor, but was empty at the time of purchase. The upper floor consisted of four poor quality flats. There was a disused 2 storey addition to the rear that was unoccupied. The office accommodation had a large area adjacent used as garden and for parking.

The development entailed the conversion of the ground floor offices into four 1 and 2 bedroom apartments; the refurbishment of the flats above; the refurbishment of the 2 storey building to the rear to create a mews style 2 bedroom house; and the construction of 2 new five bedroom semi-detached properties in the parking/garden area. The flats were small one and two bed units focused on the retirement market that is common in Hornsea. 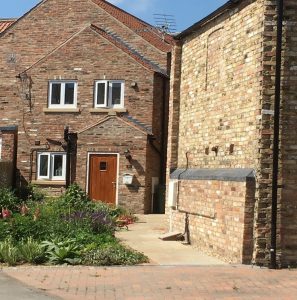 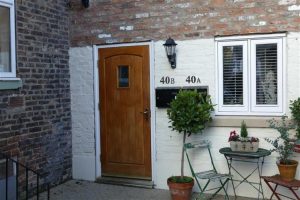 Project Description: The site consisted of an old three storey end terrace building in a completely dilapidated condition and a two storey storage barn, to the rear. The property was in a conservation area and was set back from the main High Street in the centre of Market Weighton.

The development entailed the conversion of the terraced property into three small two bedroom townhouses over three floors including the construction of a small extension to the side. The storage barn was converted into two semi-detached 2 bedroom houses over two floors.

The terrace house was largely taken down and rebuilt using existing and new handmade bricks. The storage barn was completely refurbished including extensive insulation to achieve current building regulations. 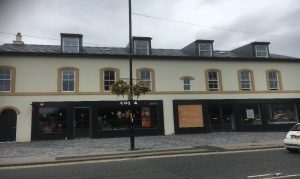 Project Description: The site consisted of an old Public House (The Henry Peacock) that had been closed for around 3 years. There was an existing planning permission for its demolition. The site is immediately adjacent to the railway line on the High Street at Starbeck – Harrogate.

The development entailed the demolition of the existing structure which was then rebuilt with a similar façade, but with a large rear extension to create 2 retail units at ground floor; five one and two bedroom flats to first floor and two 2 bedroom flats to the second floor; with resident parking to the rear and retail parking on land adjacent.

The retail units were completed in July 2017 and were pre-let to a Costa Coffee franchisee and a National pet shop chain Pets Corner. The freehold of the entire site was sold to include the retail leases. The residential leases were retained by Ailsa3 Properties and sold separately. 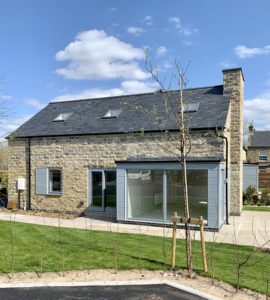 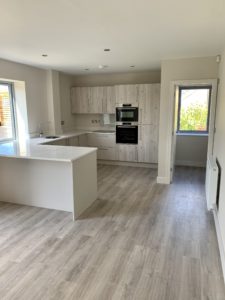 Project Description : The site consisted of a series of disused sheds that had been utilized as part of a cattle farm, many years previously. The structures were in a poor state of repair and had been constructed of cementitious panels.

Planning permission was obtained in May 2018 for 9 no. stone built properties, arranged in a courtyard setting to reflect the farming heritage, to provide opportunities for semi rural residential accommodation with large gardens and open outlooks.

The development involved the demolition of the former farm sheds and the construction of the new 2, 3 and 4 bedroom stone properties. Construction commenced in January 2019 and was completed by March 2020. Notwithstanding the interruptions to the property market in 2020, all of the properties have now been successfully sold.

Project Description: The site at Low Mill in Ripon was a derelict site close to the River Skell in the midst of the built up area of Ripon, close to the cathedral. The site was occupied by 8 no. derelict prefabricated houses which had been unoccupied for around 15 years. The site was totally overgrown and had been used extensively as a fly tipping area.

Planning permission was obtained in September 2019 for a development of 10 no. mews-style 2 and 3 bedroom properties, suitable for first time occupiers as starter homes.

Construction began in April 2020 and despite the problems encountered with lockdowns throughout the year, the properties are expected to be complete by February/March 2021.

Project Description: The site, previously owned by Sunderland Borough Council, had formerly been a small industrial park on the outskirts of Sunderland. The industrial units had subsequently been cleared, leaving a vacant brownfield site that the Council were anxious to see properly developed.

Planning permission was granted in March and September 2020 for a mixed use development of 2 no. small retail units and 3 no. drive-thru restaurants. All but one of the units have been pre let and construction is expected to start in February 2021.